Hey guys, In this video, we will show you How to Open Additional Account in XM under FXF’s IB. Many time, you need to transfer your existing XM account under FXF’s IB so this is a way by which you can do this within a few minutes.

MUST WATCH: HOW TO USE TELEGRAM WITHOUT VPN/PROXY

FXFOREVER aim is to make each and everyone a Real Profitable Forex Trader. That is why we are not charging a single penny for it and providing you free Forex Training on a Professional Level.

If you have any questions, feedbacks or suggestions please let us know. We love to reply our students. Also, join our Lifetime Free WhatsApp group for the instant answers of your questions. 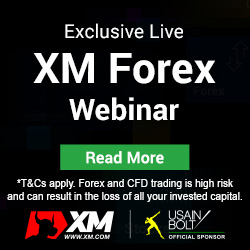 FX Forever providing you Free Forex Training in Urdu & English languages. We will give you Forex Training, Forex Tips, Forex Strategies, and many more profitable Materials.